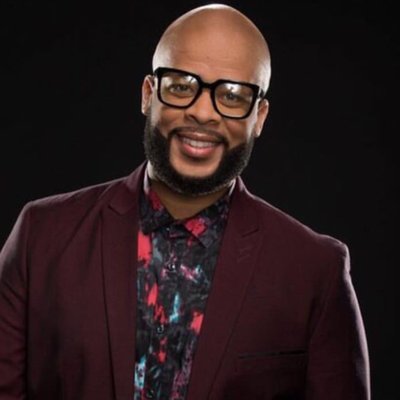 James Fortune’s power when it comes to spreading the Gospel thru song is his ability to be transparent and feature life scenarios as the centerpiece of his songwriting. His gifted pen, song arrangements and vocal delivery with collaborative assists from his choir FIYA provides more than repetitious affirmations of overcoming the storm but lyrically strips down life’s lemons with intentions to make the listener stronger while guiding them through the journey of faith, forgiveness and healing. It’s a genuine offering that stems from the influence of Kirk Franklin and is further rooted in Fortune’s mission to “advance the Kingdom.”

Since the music ministry’s 2004 debut. You Survived, James Fortune and FIYA have gone on to record and release The Transformation (2007), Encore (2010), Identity and Grace Gift (both released in 2012), which fuse elements of hip-hop beats with uplifitng lyrical material – a knockout combo that captures and pulls the listener in, providing them with the spiritual fuel they may not even have known was needed. It’s truly a heart and reality sentiment when it comes to Fortune’s musical testimony.

The reason being: Fortune has experienced the rough on multiple sides – the cause and the effect. About 10 years ago, following his debut record, the father of 4 was homeless. Admittedly ashamed, he kept his living situation and battles a secret. It was during this time he turned to his God-given talent and began to write, and birthed “I Trust You” while in a motel room. The single, created during one of Fortune’s darkest times, went on to become number one in the country for 29 consecutive weeks – a streak that hadn’t been experienced for a gospel song.

Every soldier has a testimony. It’s that war wound that sets the notion, you’ve been tested – may still be – but with faith in God, you’re growing beyond it and getting through. Today, as an artist, man, and father, James Fortune is a representation of self-forgiveness, moving forward and embracing life with a firm belief that through God and Faith, we ALL have a future.