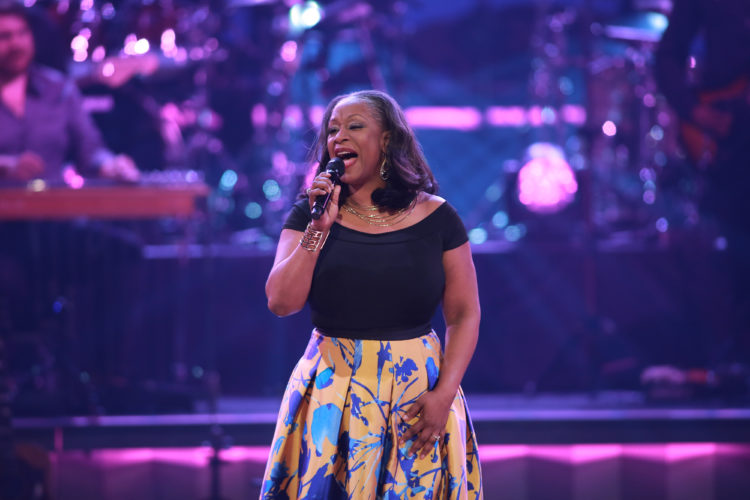 Regina Belle is an American r&b singer born in Englewood, New Jersey on July 17th, 1963. Having a love for music at a very young age, she performed in church choirs while she was growing up. During her high school years, she also practiced instruments like the trombone and tuba. Furthermore, she studied opera at the Manhattan School of Music. After being introduced to The Manhattans, she recorded a duet with the group therefore gaining the attention of Columbia Records. She ended up signing a deal with the label and since then she’s attained international success as one of the most popular r&b soul singers of all time.

In 1987, she released her debut album All by Myself. It includes her first hits “So Many Tears” and “Show Me the Way”. In the same year, Belle recorded her first successful duet with Peabo Bryson: the song “Without You“, the love theme from the comedy film Leonard Part 6, also released in 1987. The song was her first single to appear on the Adult Contemporary (chart), peaking at #8 and was also her first single to appear in four charts, including the UK Singles, peaking at #85, her best position in this chart until 1989. Her follow-up album, Stay with Me, released in 1989. Belle recorded a duet in 1991 with Johnny Mathis, “Better Together” which appeared on his album Better Together: The Duet Album. Continuing her tradition of duets, Belle teamed up with Peabo Bryson for four songs: “Without You” (in 1987), “I Can’t Imagine” (in 1991), “A Whole New World” (in 1992) and “Total Praise” (in 2009).

Later in 1993, she released her Platinum selling third album, Passion. The album featured the Disney hit, “A Whole New World“.[12] The theme song “Far Longer than Forever” from the animated movie The Swan Princess, performed with Jeffrey Osborne was nominated for a Golden Globe in 1995 for Best Original Song. She released Reachin’ Back in 1995 followed by Believe in Me in 1998.